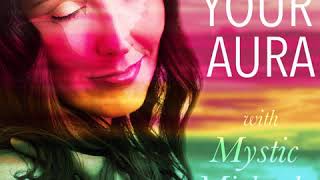 Everything you ever wanted to know about the aura colors is in this episode! What is an Aura? Why do we need to know what color aura we are? How does that benefit you? Listen to this short episode, find your aura color, and see if you can guess the aura of the people in your family, your friends, and co-workers.

Skip forward to your aura, or share this with your friends!