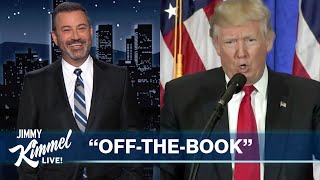 They gave the annual update on the “Doomsday Clock” in Chicago this morning, it’s the one year anniversary of Joe Biden being sworn into office and Donald Trump skipping out on the inauguration, Trump released a statement during Biden’s press conference yesterday proving he really is the world’s craziest ex, Sean Hannity and Laura Ingraham gave their in-depth and unbiased analysis on the President’s meeting with the press, we take a look back at Donald Trump’s press conferences over the years, Trump’s legal woes are piling up with new info about “off-the-book” meetings in the White House residence, Mitch McConnell accidently said what he really thinks after the Senate blocked the voting rights bill, a winter storm warning is in effect for Texas, a reporter in West Virginia was hit by car during a live report, researchers at Yale have come up with a wearable device to detect COVID in the air around you, half of Americans gained weight during the pandemic, and This Week in Unnecessary Censorship.